In the summer of 2012 Cindy made her debut at the National Theatre alongside English actor Simon Russell Beale in a modern dress production of Timon of Athens. The play was directed by Nicholas Hytner and part of the World Shakespeare Festival which reached more than 1.8 million people over an 8 months celebration period. 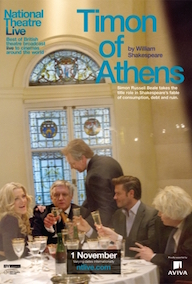